Last Message from the Bishop 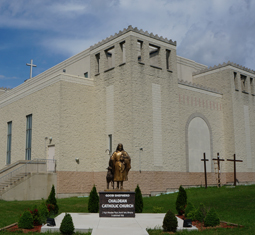 Father Jacob Yasso of Michigan served as the first Chaldean priest in Toronto from 1988 to 1991. Archbishop Mar Hanna Zora arrived in Canada in August 1991.    In 1998 he purchased a land and began raising funds to build the Good Shepherd Cathedral in Toronto.  In March 2000 the Cathedral was built and inaugurated.  Due to the growing Chaldean population in Canada, especially after 2008, Chaldeans began to immigrate to multiple cities and areas in Canada and therefore required several parishes under one Eparchy.  On June 10, 2011, Pope Benedict XIV established the Mar Addai Chaldean Eparchy in Toronto and appointed Archbishop Hanna Zora as its first Eparch. Mar Hanna Zora had previously served the Diocese of Ahwaz in Iran since 1974.

On 31 October 2017 Bishop Bawai Soro was appointed the third Eparch of  Mar Addai Chaldean Eparchy in Toronto.  He was installed on November 29, 2017, by the Chaldean Patriarch Mar Louis Raphael Sako in the presence of the Archbishop of Toronto, Cardinal Thomas Collins, several other Bishops, clergy, and faithful.